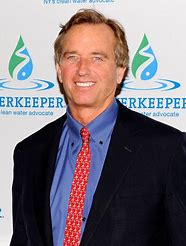 There are currently thousands of cases pending against Monsanto, which is only one of multiple powerful companies influencing agencies like the Food and Drug Administration (FDA) and the Centers for Disease Control and Prevention (CDC). And to think, these are the agencies providing us with ‘science’ in order to get the food, medications, and other products produced by these big corporations to be deemed safe. Not only that, but these agencies are providing educational resources to medical schools, which Big Pharma has completely taken over as well. It’s truly unbelievable that, in this day and age, education has turned into brainwashing. Science is corrupted, altered, changed, ignored, and swept under the rug just because it threatens the interests of a few powerful people and the corporations they hide behind.

Robert F. Kennedy Jr, Chairman of the Board of Directors for Children’s Health Defence (a worthy cause if you’re looking for one to donate to) has been fighting against big corporations that have taken over and undermined American government health regulatory agencies for a number of years. One of the most recent examples is when Robert F. Kennedy Jr represented Dewayne Johnson, a school groundskeeper who successfully brought forward a lawsuit alleging glyphosate caused his cancer. That’s right, he won!

“As part of the process, they portrayed the various concerns as merely the ignorant opinions of misinformed individuals – and derided them as not only unscientific, but anti-science. They then set to work to convince the public and government officials, through the dissemination of false information, that there was an overwhelming expert consensus, based on solid evidence, that GMOs were safe.” – Jane Goodall

Glyphosate, the active ingredient in Monsanto’s pesticide Round Up,  is a perfect example, as science has been showing for decades how incredibly harmful it is for human health and the environment, yet it’s approved as ‘safe’ for use in the western world. It’s no mystery why glyphosate is illegal in the majority of countries around the world. The same goes for genetically modified foods, which is what Round Up was designed to be used on. Years ago, a lawsuit forced the FDA to divulge its files on genetically engineered foods.

You can read more about that here.  You can also read more about the connection between GMOs and cancer as well as hundreds of scientists supporting the link here. Just like glyphosate, dozens of countries have cited health and environmental hazards for keeping GMOs out of their country.

In addition, Monsanto colluded with the Environmental Protection Agency (EPA) to stifle cancer research and any connections to their products. The European Union actually just approved the use of glyphosate, and their approval was found to be based on plagiarized science from Monsanto.

The corruption is never-ending when it comes to the link between corporations and government agencies. In fact, only a few years ago, more than a dozen scientists from within the CDC put out an anonymous public statement detailing the influence corporations have on government policies. They were referred to as the Spider Papers.

The pharmaceutical companies have been able to purchase congress. They’re the largest lobbying entity in Washington D.C.. They have more lobbyists in Washington D.C. than there are congressman and senators combined. They give twice to congress what the next largest lobbying entity is, which is oil and gas… Imagine the power they exercise over both republicans and democrats. They’ve captured them (our regulatory agencies) and turned them into sock puppets. They’ve compromised the press… and they destroy the publications that publish real science. (Robert F. Kennedy Jr, from the video below)

Dr. William Thompson is a longtime CDC scientist who has published some of the most commonly cited pro-vaccine studies, some of which claim that there is absolutely no link between the MMR vaccine and autism.  He pointed to a specific study that he co-authored in 2004 for the CDC, which claimed that “the measles-mumps-rubella vaccine does not cause autism or any particular subtypes of autism spectrum disorder.” This study is often cited when trying to justify the use of this vaccine, despite the fact that he later stated they deleted important findings from that study. He said that “it’s the lowest point in my career that I went along with that paper and uh, I went along with this, we didn’t report significant findings…  I’m completely ashamed of what I did, I have great shame now that I was complicit and went along with this. I have been a part of the problem.”

Anxious to get this information out, Thompson sent various documents to Congressman Bill Posey, who addressed the congress, reading a statement that he had received from Dr. Thompson:

This information might come as a shock for some, and to those of you who are just waking up to this kind of thing, it’s really nothing to be scared about. This is simply important information to be aware of. Once you are aware, you can make more informed decisions and better choices in your own life. After all, who are the main resources for these big, misleading corporations? Us. We are the ones who use and support their products and keep the money flowing into their pockets. Without us, they are nothing, which is why awareness is so important.

Sure, there are mass brainwashing campaigns by these companies in an attempt to convince us that their propaganda is real, but more people are becoming aware and it’s spreading across the globe. This can’t go on forever, and compared to a couple of decades ago, so many more people were unaware. We’ve come a long way, and that’s a very positive thing.

This article was originally published by www.collective-evolution.com. I edited it reducing it some and no ads on my blog of course make easier reading. Dr. Demetrios Kydonieus.

This site uses Akismet to reduce spam. Learn how your comment data is processed.